Journey of a thousand miles and all that stuff.

OK, here is the story. I had this blog called EcoLogicLee.com for a bunch of years. Every so often I would get visions of publishing writing that was focused on current news regarding the environment, and every so often I would go for a few weeks, but ultimately I would feel that I wasn’t keeping up and really wasn’t adding anything to the conversation.

Long and short, I blew that blog away, and decided that I was OK with that, it was time for a new beginning, So this will be the Seinfeld blog, about nothing, or about whatever I feel like making it about.
Since I assume that no one will ever read it, I can really not care

A bunch of people I know shared and liked the image. On one friend’s feed was the “old wisdom” of not throwing the first punch, but being sure to throw the last

I objected to the message, and some people didn’t understand why “never fight unless you have to” should bother me. Here is the deal. We almost never really have to fight. We choose to fight, and most of the time, we can choose not to. On those few occasions where we really do need to fight, it should be for something really important, and that’s not what the picture is about.

I never did throw the first punch. A few years later in High School on of the bullies told me that he admired that I stuck to my principles 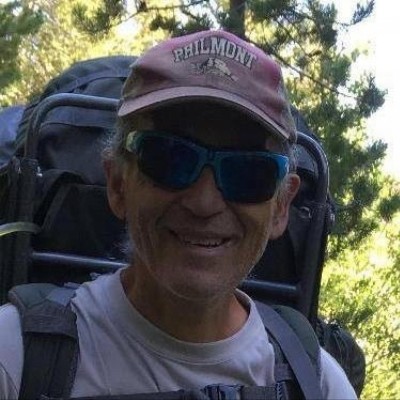 Hi, I am Lee. am avid backpacker and scouter. My time in the wilderness has given me a deep appreciation of the natural world. My work in Scouting has inspired me to work for inclusivity, and to bring out the best in all the youth I work with
leeamon@pacbell.net
http://www.ecologiclee.com

Wed Jan 11 , 2023
OK, I am restarting, the blog and talking about whatever I feel like talking about. Tonight it will be scouting. Scouting has become an exceptionally big part of my life over the past couple of decades. Most of my involvement in scouting came after my kids had gone through the program and were pretty done […]